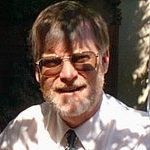 By Alastair,
June 6 in Blogs of MV restorations