I am nearing completion on my 42 GPW rebuild. She is actually a 1945/46 British Army rebuild and I am marking her up as from that period. She is painted in Deep Bronze Green. I am now about to get her stencils done and want to mark her as being attached to the 2bn Queens Own Royal West Kent Regiment from 1946 when that battalion was attacked to the 5th Infantry Division in the BOAR.

Does anyone have any information or photos of what logos/stencils she would have relating to RWK?

As it stands at the moment she will have her hood number (M1595360), the 5th Division white Y on yellow background on the windshield and rear bumperette, some sort of Invicta as the logo for RWK (possible one attached) and nothing else

Any advice is greatly welcome! 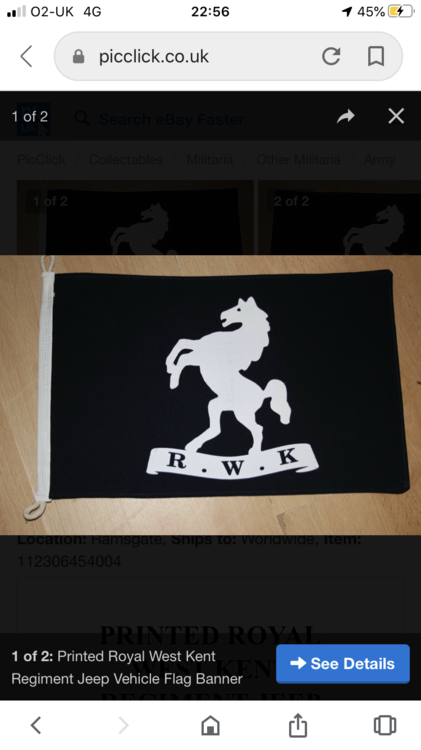 32 answers to this question